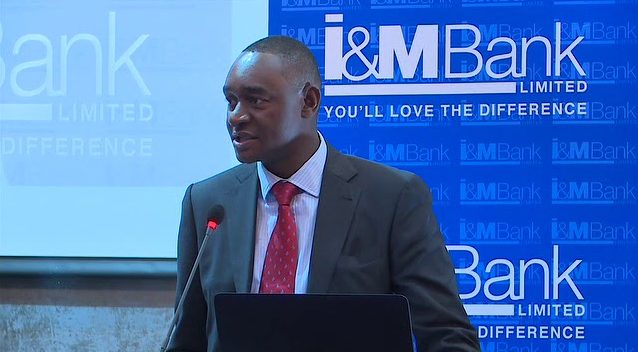 The Board of Directors of I&M Group PLC has announced the appointment of Kihara Maina to the position of I&M Regional CEO starting January 2023.

Maina replaces Chris Low as the regional CEO. Low’s 2-year stint had seen I&M continue its Expansion in East Africa including its 2021 entry into Uganda with the Ksh 3.6 billion Acquisition of a 90 percent stake in Oriental Bank Limited.

I&M bank credited Low with driving regional growth and tasked Maina with further accelerating it to the next level.

“The transition offers continuity in the business as Mr. Maina takes over responsibilities previously handled by Mr. Low that was instrumental in setting up the foundation for the Group’s regional infrastructure that has been crucial in driving the Bank’s regional ambition,” I&M Bank clarified in a statement confirming the changes made.

Gul Khan will take over from Maina as CEO of I&M Bank Kenya. Khan is a Seasoned Financial Services Executive who since 2019 has served as the Group Head of Airtel Money Africa [Airtel’s mobile money service].

Between 2018 and 2019, Khan established and ran Fintech Explicators, a United Arab Emirates-based Fintech Investment, and Advisory Business. Previously to that, he spent almost 2 years as Chief Retail Banking Officer at Doha Bank.

In addition to that, he has held Senior roles at Gulf Bank and ADIB to a 13-year term with HSBC.

The Financial Services Group has Operations in 5 Countries including Mauritius, Tanzania, Kenya, Rwanda, and Uganda.