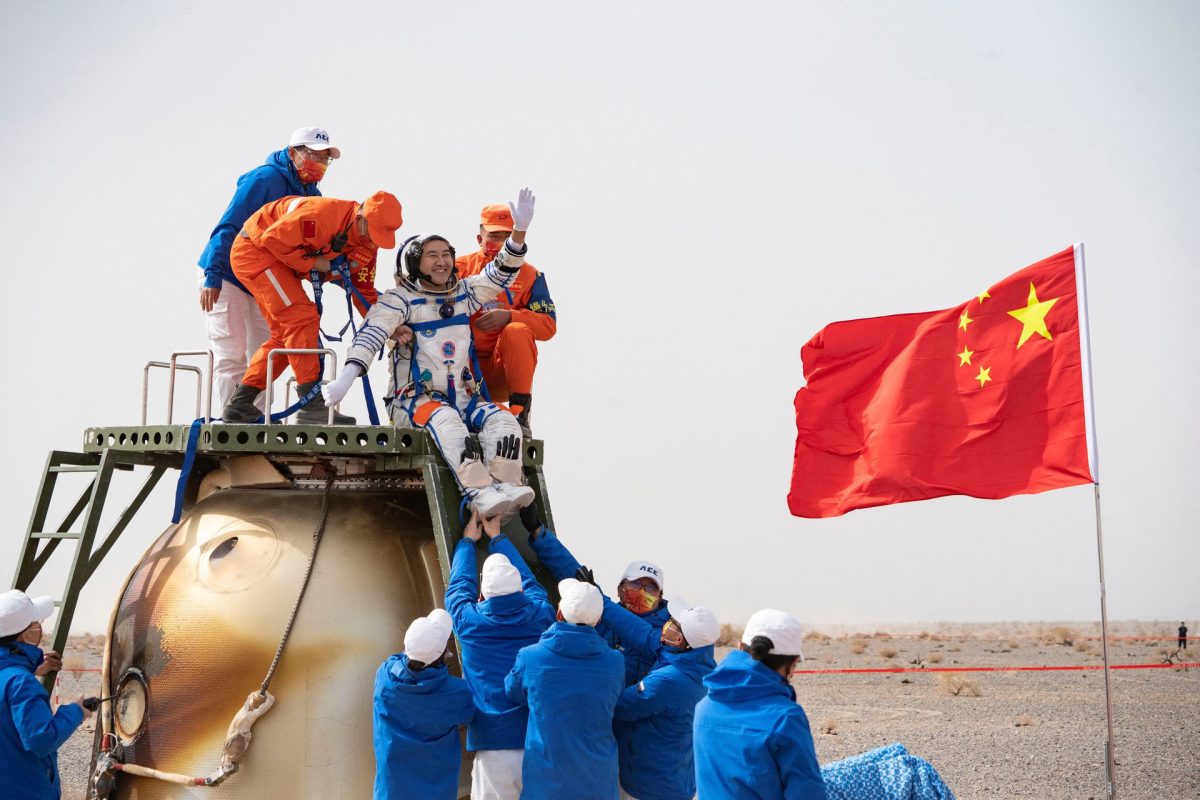 Three Chinese Astronauts have returned back to Earth after completing a 6-Month mission aboard China’s Space Station in the Orbit.

The crew touched down on Board the Shenzhou-14 Spacecraft on Sunday in China’s autonomous region of Inner Mongolia.

The Chinese Space Commander Chen Dong and teammates Cai Xuzhe and Liu Yang said that they were feeling well after Landing, in Audio aired by State Broadcaster CCTV.

The 3 Astronauts left for Space on June 5, 2022, to oversee the Final Construction Stage of the Tiangong Space Station, which was completed in November this year.

Staff members at the Landing Site carried the Crew out of the exit Capsule, which Landed shortly after 20:00 Local Time, about 9 hours after undocking from the Space Station.

Liu Yang, the Chinese first female Astronaut, said in a statement that she had an unforgettable memory on the Space Station and is excited to return back to the Motherland-Xinhua State News Agency reported.

During the Space mission, the 3 Astronauts oversaw the arrival of the 2nd and 3rd Modules for Tiangong and carried out 3 Spacewalks to check and test the new facilities.

Further, a new crew of 3 Chinese Astronauts arrived at the Space Station to make its First in-Orbit Crew Handover on Wednesday, November 30, 2022.

The new crew lifted off in the Shenzhou-15 Spacecraft from the Jiuquan Satellite Launch Centre in the Gobi Desert in North-West China.

They will live on the Station for 6 months. It will be the 2nd permanently inhabited Space outpost, after the NASA-led International Space Station from which China was excluded in the year 2011.