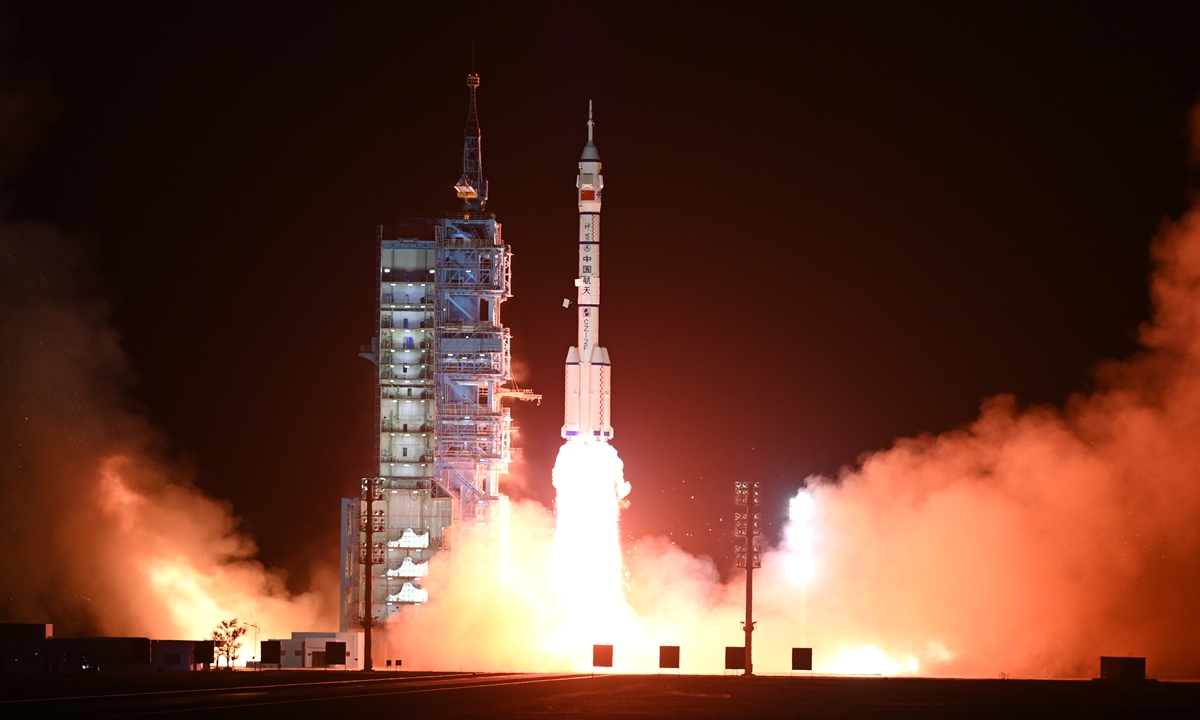 China has launched the Shenzhou-15 Spacecraft carrying 3 astronauts to its space station, where they will complete the country’s 1st-ever crew handover in orbit, State Media reported.

The trio blasted off on Tuesday, November 29 in a Long March-2F Rocket at 11:08 pm (15:08 GMT) from the Jiuquan Launch Center in North-Western China’s Gobi Desert, Xinhua News Agency said in a statement.

The team will carry a six-month mission led by veteran Fei Junlong and the two new astronauts Zhang Lu and Deng Qingming, the news agency said in a news conference on Monday, November 28.

Astronaut Fei, 57, is returning to Space after 17 years, having commanded the Shenzhou-6 Mission in 2005.

The Fei Junlong’s team will join three other Astronauts on board the Tiangong Space Station, who will arrive in early June 2023.

According to the estimation, Tiangong has room accommodation for six astronauts at a time and the handover will take about a week. Previous missions to the Space Station have been taking at least 13 hours from lifting off to the docking.

The Director of the UK National Space Academy Anu Ojha said that the Crew is currently catching up with the Tiangong Space Station.

“One of the key reasons why China has been so proud and confident of the Scientific Space Mission is that this is a milestone to the whole World at large,” Anu Ojha said.

In addition, Ojha said this is a new structure, new science laboratories, and new capacity to be able to conduct all kinds of scientific Research in Biomedicine, Pharmaceuticals, and Material Science without the effect of gravity.

On the other hand, a CMSA spokesman said that the main responsibilities for the mission are achieving the First Crew Handover in Orbit, installing Equipment and Facilities inside and outside the Space Station, and carrying out Scientific Experiments.

During the stay, the Shenzhou-15 Crew will welcome the visiting Tianzhou-6 Cargo Ship and hand over the scientific operations to the Shenzhou-16 manned Spaceship, and are planning to return to China’s Dongfeng landing site in May next year.