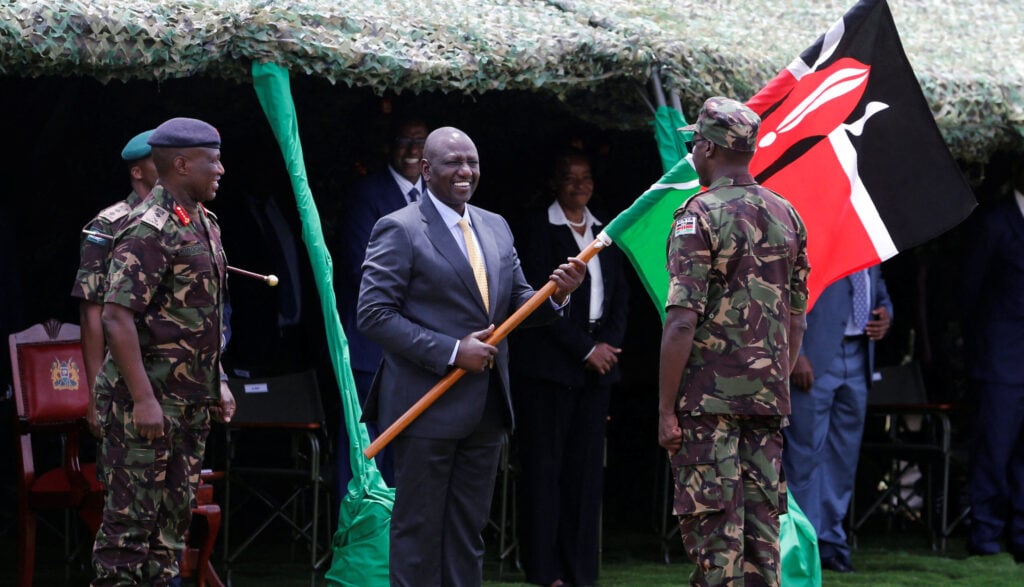 “Having reviewed the request for the approval of the deployment of KDF to EACRF-DRC, we analyzed both the oral and written submissions made before the Committee, and appreciated the application of the legal regimes at the UN, AU, EAC, and the country level,” the MPs agreed in Nairobi.

According to the team chaired by Belgut MP-Nelson Koech, the cost of the deployment is purely calculated at Ksh4.45 billion, which is Ksh601.87 million above the Ksh3.85 billion in the memorandum to the National Security Council-NSC on the matter.

Appearing before the committee on Monday, November 7, Defence Cabinet Secretary Aden Duale stated that the difference emerged from changes that affected the budget after the observation visit to the area in question that necessitated a change of the strategic order.

The KDF deployment summary seen by the sources states that Kenya will send almost nine hundred three (903) soldiers as one battle group with combat support.

Giving a helping hand, Kenya’s troops will be joining their counterparts from South Sudan, Rwanda, Tanzania, Uganda, and Burundi as they seek to find a lasting solution to the conflict in the Democratic Republic of Congo-DRC.

Also, South Sudan has one (1) battalion, Uganda with two (2) battalions with combat support, and Tanzania promised to join the military operation later.

In addition, the Kenyan Contingent-KENCON showcases goodwill to the people of Eastern DRC due to the fact that Kenya does not share the border with the Country and therefore had no direct placed interests in the Great Lakes Conflict Ecosystem.