The African wholesale distributor of high-quality energy equipment, African Energy Company and its stakeholders held a two-day conference, in Nairobi, Kenya as they marked their 20th anniversary since its formation in 2002.

In response to the conference that kicked off on Tuesday, November, 1 to Wednesday, November, 2, the company along with other entities from the private sector offered special training on solar installation as one of the common sources of renewable energy in Africa.

In a roadmap to carbon neutrality, the managing director of African Energy, Patrick Nduwimana, claimed that solar energy is environmentally friendly and that lots of people should be trained to use it to lessen the extreme and perilous cases of climate change globally.

Being one of the UN Sustainable Development Goals (SDGs) for Vision 2030, clean energy is put into consideration since it emits zero carbon, which does not pollute the atmosphere.

“We have to change the whole concept of how we live. It’s not just about the equipment; it’s about how we’re educating people on how to conserve energy and water. All those things go into Vision 2030 to preserve the environment.”

“Solar has a huge impact, and I’m glad that we are a key player in this industry.”

Nduwimana underlined that climate gurus should be tenacious in their endeavors to assemble a large group of trailblazers who can develop creative solutions for the hard-to-abate sector (climate change).

He said that transforming the world into a better position requires charming ideas that could be implemented for a better future.

“We inherited this world the way it was, and we have a huge responsibility to live it in better condition.”

The African Energy MD lauded Kenya stating that the country has coped with innovative ideas that worked seamlessly toward mitigating climate change.

“I’m glad Kenya is going in that direction. So I can see that they have built a really nice road, and I’m hoping.”

Ahead of COP27, the African Energy Director stressed that implementation of the previous COP26 matters should be given a nod, especially the areas that focus on building a decarbonized world for a future generation.

Nduwimana further stated that financiers should not concentrate on how expensive it is to the implementation of innovative plans but concentrate on the futuristic space of the world.

“I think if we all put in our effort and focus on the future, it will. It’ll be amplified in other areas, especially when I’m talking about focusing on our future and making sure that we don’t focus on the costs.”

“Today has to be cost-effective, but we need to focus on the quality of equipment and education, meaning that anyone who wants to help this industry has to help manufacturers build high-quality equipment and help us in the market to amplify that same idea of focusing on providing solutions that will be useful to future generations.”

“Today we are using equipment—batteries, for example—for energy storage that we hope will last for the next 20 years. That’s because we want the future generation. I want my children. to find a system to live in an environment that is more functional than how I left it. And that’s what anybody who’s going to participate in COP 27 should do.”

Since climate change partly evolves around youth, Nduwimana encouraged youths to embrace innovation in curbing the cycle of climate change across the globe.

“The youth have to understand that there is a technology that did not exist for their father and grandfather but is now available to them.”

Are there delegates representing African Energy at COP27?

“We don’t have a specific delegate. But we have about 600 partners here on the continent. Some of them are in different countries, and some of them belong to organizations that have been invited. What we have done is bring them here to Nairobi a few weeks before the event in Egypt so that we can send a message and make sure that we are on the same page when it comes to combating climate change.”

It focuses on recruiting, training, and supplying entrepreneurs in renewable energy all across Africa.

The Arizona-based company was founded in 2002, with the main warehouse located in Houston and 10 warehouse operations in Africa. 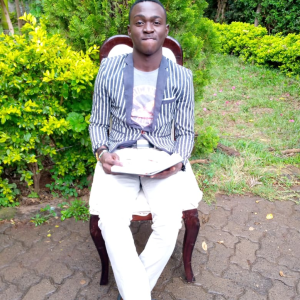