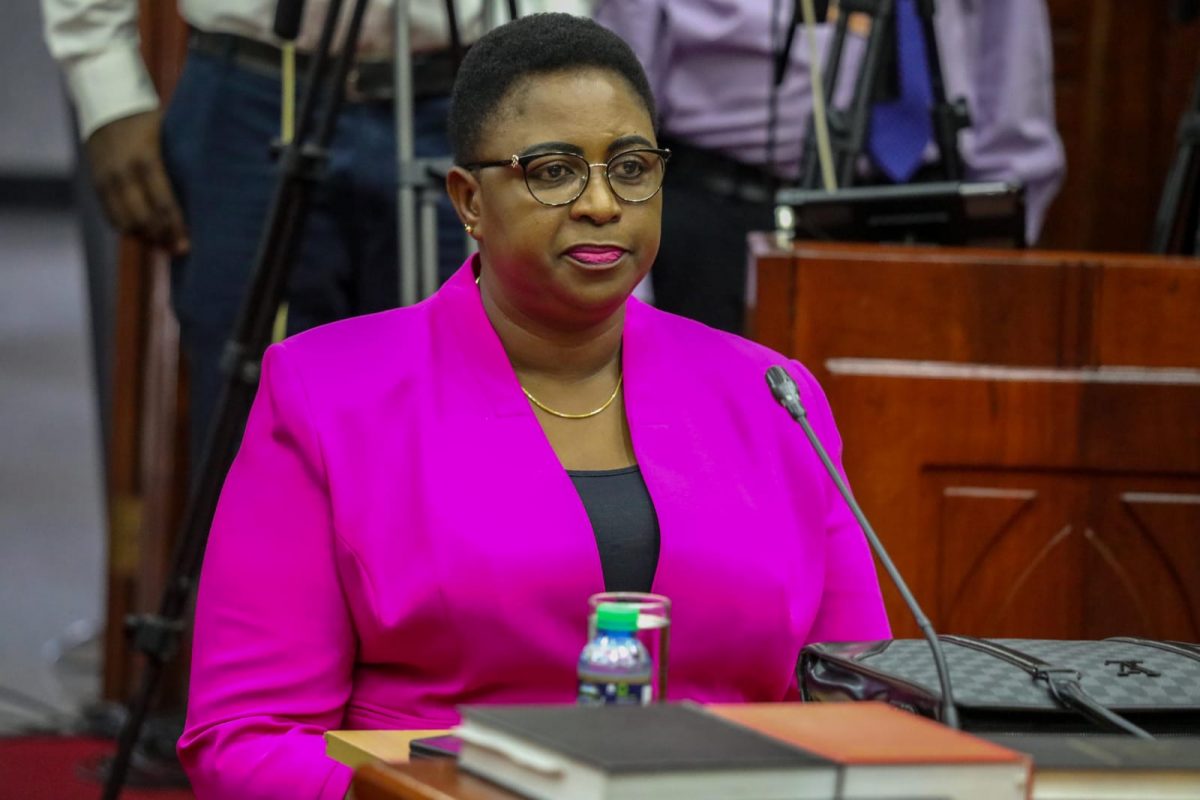 The High Court of Kenya on Wednesday, December 21 dropped the murder case against Cabinet Secretary for Gender and Public Service Aisha Jumwa.

The dropping of the charge follows an application by the Director of Public Prosecution-DPP Noordin Haji to withdraw the case from the court.

In the ruling, Justice Ann Onginjo cleared CS Jumwa of the charge paving way for her to become a State witness. However, Onginjo warned that dropping the charge will not bar Jumwa from being arrested in the future over the same offense.

The Cabinet Secretary and her bodyguard Geoffrey Otieno had been charged with killing the Orange Democratic Movement-ODM party supporter Jola Ngumbao during the Ganda Ward By-election Campaigns in 2019.

“In consideration of the Oral application made by the ODPP in November, followed by a letter from Coast Region Coordinator Hassan Abdi, Jumwa is hereby discharged from the proceedings,” Justice Onginjo ruled out.

According to the prosecutor, the ODPP received communication from the deceased’s family that Jumwa was not armed during the incident, so she did not shoot their kin and, therefore, was not a principal offender.

State Counsel Vivian Kambaga told the court that ODPP had been informed of the ongoing negotiations between the family of the late Jola Ngumbao and Aisha Jumwa.

In a statement the State Counsel Vivian Kambaga said that the Family wanted the matter to be settled out of Court, considering the former Malindi Member of Parliament was not the primary offender in the case.

Ngumbao Jola’s family exonerates CS Jumwa Initially, there were reports that the former Malindi MP was seeking to settle the matter with the family out of the court.

“The victim’s family was desirous to having the matter settled out of court considering that CS Jumwa was not the principal offender in this matter,” the prosecution said. Jumwa and Otieno on October 22, 2020, pleaded not guilty to the alleged murder.