Is Jalango considering rehiring groundsmen who robbed him of millions? Lang’ata MP-elect Felix Odiwuor alias Jalango has responded to reports that a former employee has asked to be rehired despite stealing from him.

The duo, Eli and Litiema reportedly stole over a million shillings from the comedian turned politician, as he revealed two months ago.

Following his recent victory in Lang’ata MP, Eli Omundu requested Jalas to reconsider his employment, implying the difficulties he is currently experiencing in life.

“Hello Sir, please forgive me for my wrongdoings, I regret my actions, I promise I had no intentions of stealing from you, I was coerced into committing the offence. Ever since I was dismissed from my job, I have been suffering, please help me,” pleaded Eli as reported by a local media house.

Jalango however, putting his trust in check, remarked that they stole from him in his time of need.

“These guys stole money from me at a time I needed money the most. They broke the trust we had and betrayed the relationships we had built,” said Jalango.

In a recent interview on Saturday, August 20, the politician said that he was deeply hurt to see what the two were going through.

“It hurts so much to see what they’re going through. It hurts me so much. I forgave them and asked them to move on with their lives but they want to be reinstated. If it were you, would you bring them back?” he inquired.

He did, however, state that with his pure heart in mind, he will leave the decision to the bloggers.

The whole drama unfolded sometime back when Jalango pleaded with the public, offering Ksh 100,000 to whoever found his employees Eli Omundu and Morrison Litiema, who robbed him and fled with their families.

“Eli and Litiema are on the run, this morning they stole money from the car they were washing at home. Their phones are off and they are running with their families. If you see them please report to the nearest police station,

“A reward of 100k for any information leading to their arrest,” Jalango pleaded on an Instagram post. 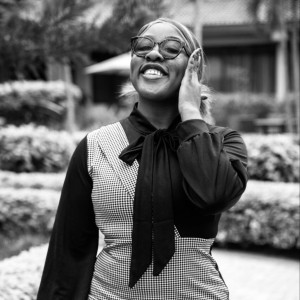