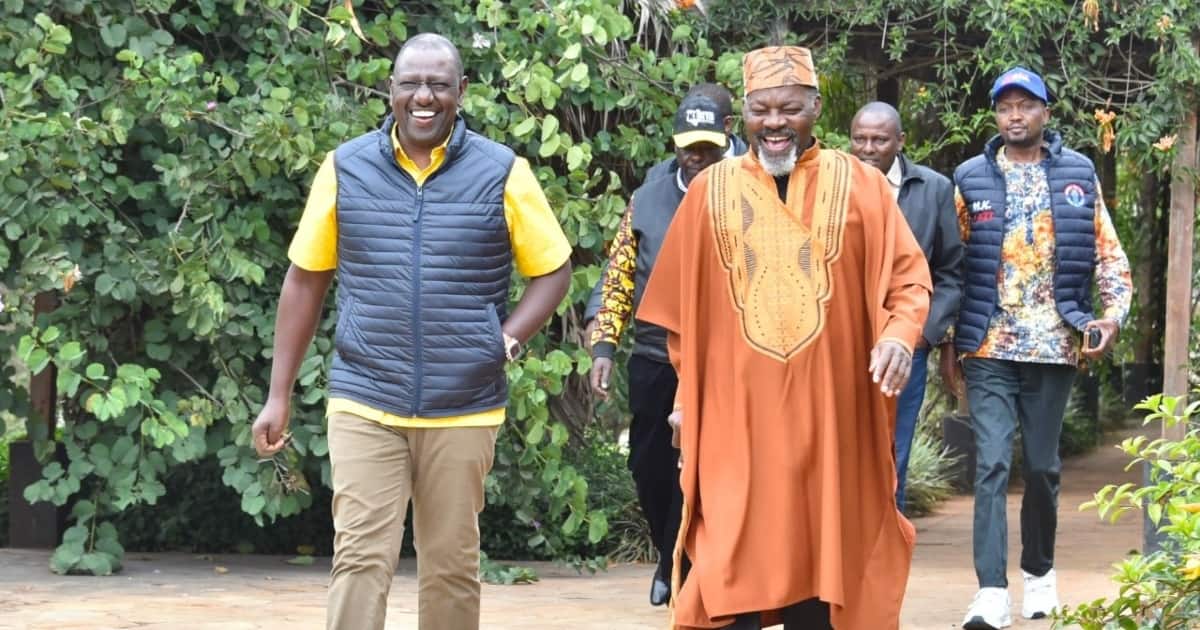 Retired Captain Kung’u Muigai who is President Uhuru’s first cousin, has scolded the president and his deputy for embarrassing the country as they dwell in public fights he termed as petty.

Muigai a renowned patron of the Kikuyu Council of Elders, during an interview on NTV, urged the two leaders to find a common ground with which they can agree and solve the disputes that are out in the public and quite an image tarnishing.

“Let me start by saying that the President is my younger brother and I’ve known his deputy for close to 40 years. They are like my younger brothers. I am so distraught by their actions in the recent past as that is not what I taught them,” Muigai said.

He further termed his efforts to bring the two into an agreement as futile and fruitless since there was no agreement made. Muigai urged the need for the two leaders to portray a better picture for the younger upcoming generations.

“Having brought Uhuru to the council of elders and showed him certain ideologies that ought to be followed. They are embarrassing Kenya as they are leaders of this country. To date, I am yet to understand the exact issue between them. I have asked both of them from time to time. When they insult each other, the younger generation is watching them, how will they perceive them?” he posed.

In response to Ruto’s remarks of almost slapping the president, Muigai said it was just a light moment shared to excite the crowd and nothing more.

Since Suna East MP, Junet Mohamed, played the audio of the remarks about slapping the president, they have elicited debate amongst the rivals and have been constantly using it as a push, to stir voters away from the Kenya Kwanza presidential candidate.

On the issue, Muigai said: “I have always said that if there is a problem, then there are elders who are fit to solve the issues. As for the slapping remarks, I cannot remember Ruto saying those words, as to me it is not important. People should not take this as their campaign arsenal. I am his relative and I myself was not perturbed by it.”

The retired KDF Captain and brother to Senator Beth Mugo, has unwaveringly endorsed Ruto intending on upholding the outgoing president’s earlier on made promise that ‘yangu Kumi ya Ruto kumi’ alluding that it’s now time for Ruto’s ten years.

This was a promise made seven years ago by President Uhuru to his DP.

“When Uhuru introduced Ruto to the Mt Kenya people, many people loved the DP and have kept him in their hearts. The people still love Uhuru but we have told him we will not follow him in this election – much as we love him – we do not like where he is taking us,” Kung’u said in his interview.