More than 120 People Die in the Kinshasa Floods,Congo 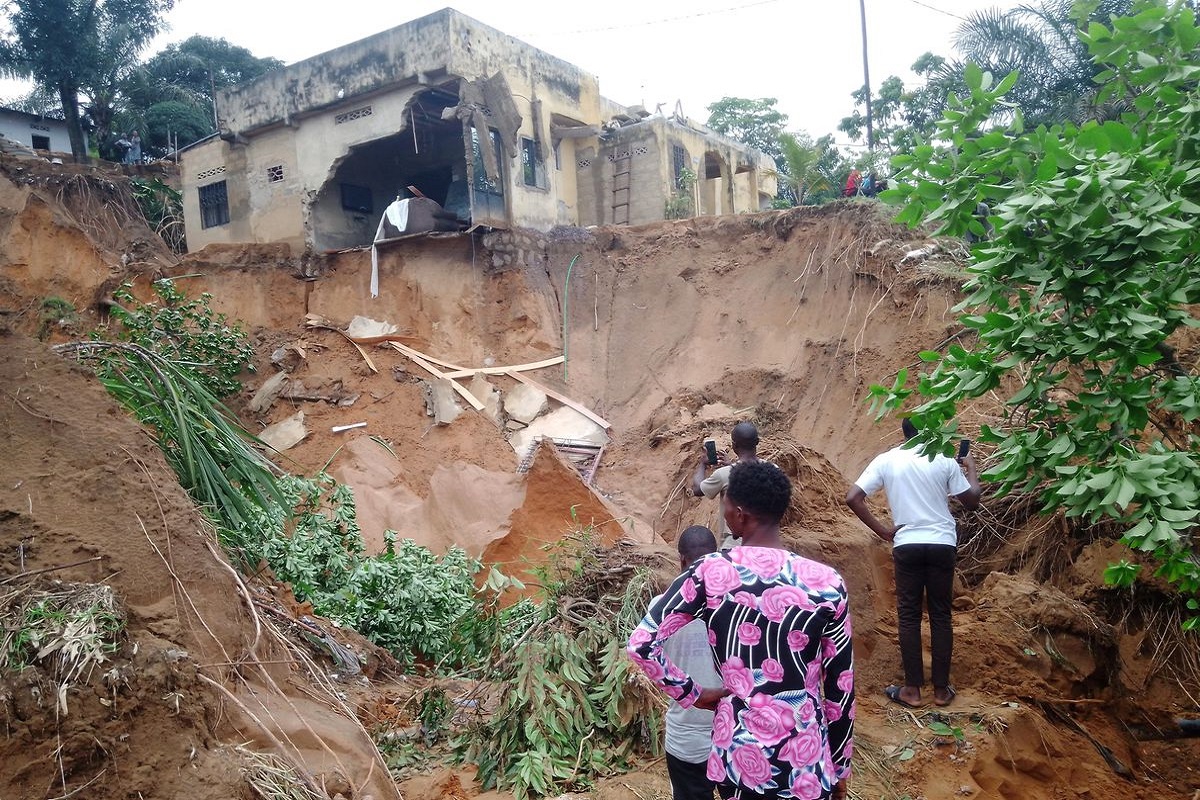 More than 120 people have been killed in the Democratic Republic of Congo’s Capital Kinshasa following Floods, the Authorities Said in a statement.

The entire neighborhoods were Flooded with Muddy Water and Also Roads were dragged apart by Sinkholes, including the N1 Highway that connects the Capital to the main Port of Matadi.

Major Roads in Kinshasa were engulfed as heavy Rains continued for more Hours as several Homes fell down.

“We have never seen a Magic Flooding like this scale,” Blanchard Mvubu, a resident who lives in one of the affected areas said in a statement, he also stated that many of those who died were in Hilly areas that were affected by Landslides.

AFP journalist saw the bodies of 9 members of a single family who were killed when their home collapsed.

As reported earlier, the death toll had surged from 55 to more than 120, by Tuesday evening.

The government has announced a three-day period of national mourning.

The Democratic Republic of Congo Prime Minister Jean-Michel Sama Lukonde led the Government officials through parts of Kinshasa to Assess the damages on Tuesday, December 13.

The DRC’s Prime Minister said that the Rescuing Officials were still Searching for more Bodies.

On the other hand, DRC President Félix Tshisekedi joined the United States in blaming Climate change for the deadly Flooding.

“The DRC is under pressure but unfortunately it’s not sufficiently heard or supported,” President Félix Tshisekedi told Secretary of State Antony Blinken as they met at a US-Africa summit in Washington.

The spokesperson said that the president might cut short his trip to the United States because of the tuesday disaster.

Kinshasa is strategically located on the River Congo and has seen a huge population influx in recent years, with 15 million people residing there.