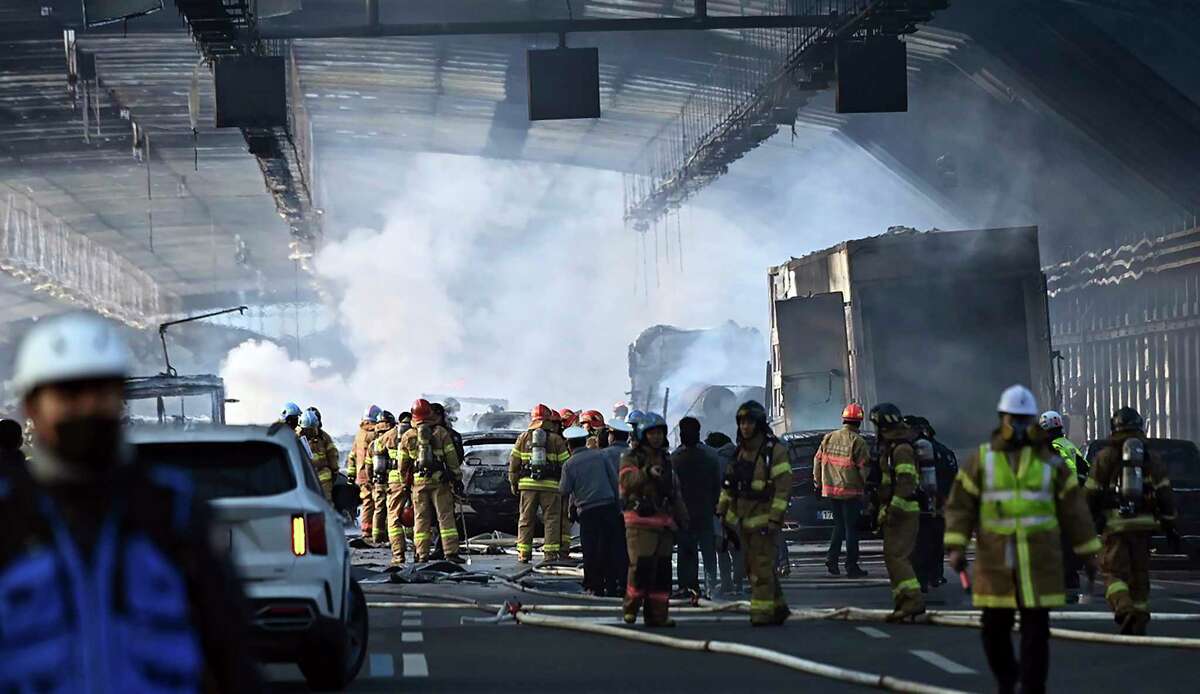 At least Five people have been killed and injured 37 in a fire caused by a truck colliding with a bus in a highway tunnel in Seoul, officials told News Agencies.

It was not immediately known what caused the collision and the fire on Thursday, December 29 and what cargo the truck was carrying during the incident.

The blaze erupted when the vehicles collided at about 1:50 pm (04:50 GMT) in an expressway tunnel in Gwacheon, a fire department official told the AFP News Agency.

Fire officials said that the collision occurred inside a noise-barrier tunnel on the highway. The raised tunnel is designed to protect surrounding buildings from the noise of the road.

Three of the injured were in serious condition, while 34 suffered light injuries, according to the National Fire Agency in Seoul.

Enormous plumes of fire and thick smoke were seen coming from the tunnel in images posted on local and social media platforms.

During the incident, Hundreds of firefighters managed to bring the blaze under control.

“We are doing a search inside the tunnel in case of any additional casualties,” a fire official said in a statement.

In addition, the fire official said that about 20 people are being treated in the Hospital for Smoke inhalation.

“I urge the Authorities to put out the best efforts to save the lives of those who have not escaped,” he said.

In October, at least 153 people were killed in a Halloween crowd crush in Seoul’s Itaewon Nightlife District.

A series of preventable disasters including Itaewon and the Sewol ferry sinking which killed more than 300 people in 2014 has shaken public confidence. Many South Koreans have questioned whether safety standards were side-lined and regulations ignored in the government’s rush for development.