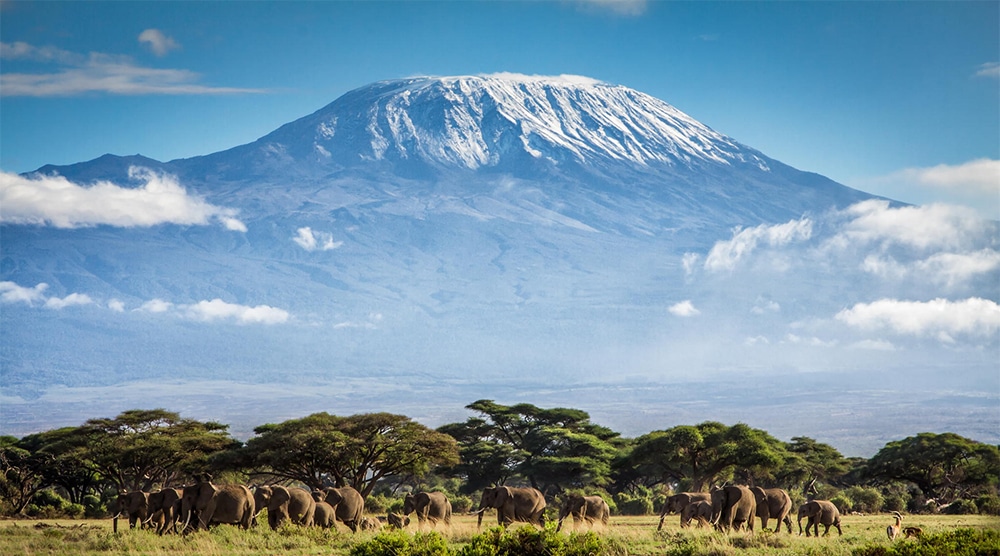 Giving full image, Kilimanjaro Mountain is a symbol of good fortune, as it has not only nurtured life in the region but also a developed tourism industry both local and international.

However, with the glaciers in the Antarctic and Arctic, the ice cap on Mount Kilimanjaro has notably shrunk due to climate change, and recent scientific studies identify that the ice cap will be completely gone by the year 2050. It means the 1,400-year-old Glaciers on the mountain will disappear in less than three decades.

“The top one (image) was taken in 1920, hundred years ago. And you can relate that the ice cap was very extensive at that time. But then in the 1940s. Exactly, yes, and then here, in 1996. So we were looking at another angle towards the end of the last century. Still, quite a lot of ice, because the ice that you are looking at, is not snow, not fresh snow, this is pure ice, and here then you see just how many years after,” said Desmond Brice-Bennett, owner of the hotel.

The local tour guide- Simon Mtuy who has climbed the Kilimanjaro mountain a hundred times, is also not optimistic about the future of the glaciers, stressing the ice cap has declined remarkably.

“The change is typically different I have seen more changes on the mountain. On my first encounter on Mt. Kilimanjaro, the glaciers were totally big, the ice was visible, and the waters were flowing through the rivers and right now I am seeing less of the glaciers,” Simon Mtuy said in a statement.

On the other hand, the Kilimanjaro summit was first measured in 1912. So far, the Glaciers on the summit have shrunken 82% compared to 1912 figures. The measurements also showcased that the height of the ice sheet on the summit has dropped by more than seventeen (17) meters since 1962.

The Director-general of the Kilimanjaro National Park- Imani Kikoti noted that the precipitation has been insufficient over the last few years, which has also contributed to the shrinking activities.

Figuring out, Mt. Kilimanjaro was the first time summited in 1889 summited. Since then, more mountaineering enthusiasts have been attracted by the charm of the equatorial snow-capped peaks.

Before the pandemic (Covid-19), the Kilimanjaro National Park received more than fifty thousand (50,000) tourists per year. With the booming of mountaineering activities, the local tourism sector also benefited, creating a large number of employment opportunities through the creation of jobs such as mountain guides and porters.