The former Aljazeera correspondent clinched the seat on the ODM party ticket after trouncing other six opponents in the just concluded August 9 General Election.

“This election has been framed. It’s about ideas and long-lasting policies that will replenish the full potential of Wajir South in all its spheres. We are united on a common goal – a better and developed Wajir south,” Adow wrote on a social media platform.

Adow being his first-time stab at the parliamentary seat has beaten all odds to ascend to the legislative position with promises of transforming the lives of his people in the conflict-prone Northern Kenya region.

He further promised to base his political leadership on effective development, improving education and uplifting voters’ living standards.

Adow started his media career as a Garissa correspondent for the Nation in 1996.

Where he rose over the ranks to become a world Aljazeera correspondent in Africa, the Middle East and Europe by 2017.

Adow has also worked for the British Broadcasting Corporation (BBC) as a correspondent in Nairobi and Ethiopia before his appointment in the Qatar-based Al Jazeera.

During most of the appointments, he worked on ethnic- discrimination stories in Northern Kenya against Somalis and also covered the infamous Al Shabaab conflict between Kenya and Somalia.

In early January 2014, Adow was expelled from South Sudan for reporting on the anti-government protesters’ advance on the capital Juba.

A part from reporting on the humanitarian issue across the horn of Africa.

In 2013, he produced a documentary that aired on Al Jazeera English, revealing a history of discrimination in Kenya since independence against ethnic Somalis in Northern Kenya.

He is popularly known for his Al Jazeera documentary dubbed “Not Yet Kenyan” and his expulsion from South Sudan for reporting on the anti-government protesters’ advance on the capital Juba. 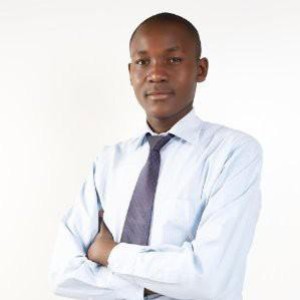 A highly experienced multi-platform Editor, digitally aware, skilled with words, and endowed with the ability to work effective under deadline pressure, seeks to join a leading media house as a broadcast journalist. Coming with a record of accomplishment of delivery high level of clarity, accuracy, and balance in copy editing functions. Since 2010 I have been working across the full spectrum of Kenyan Media as a Multimedia Journalist on both Electronic(Radio and Television),Print and online media.
Author Posts