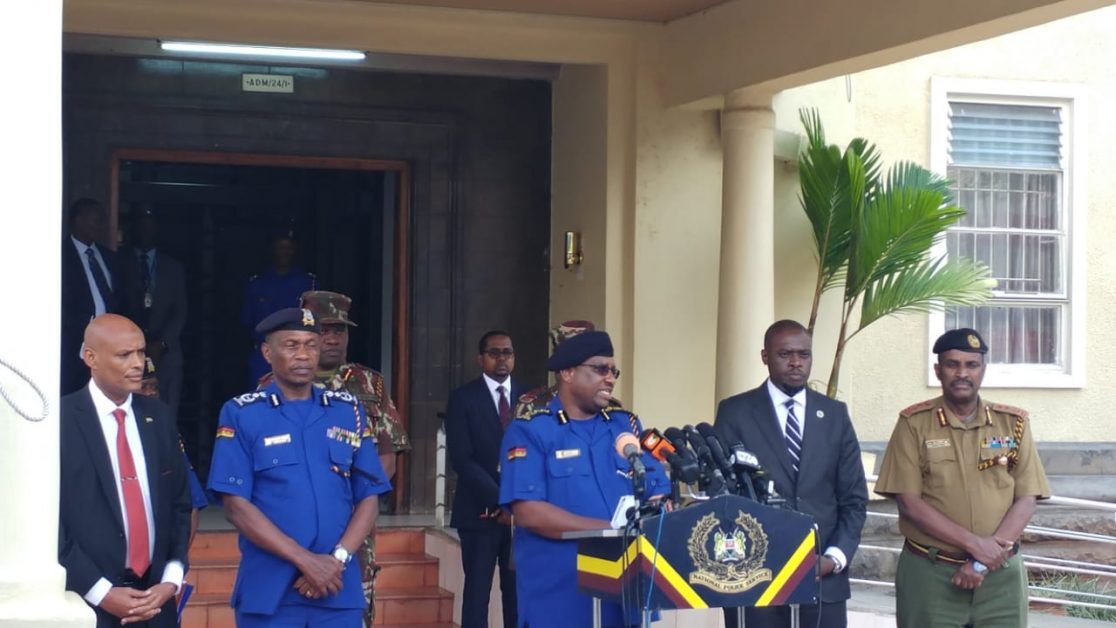 The National Police Service accompanied by a multi-agency team in Nairobi arrested 6 suspected Youths aged between 20-26 years while on patrol on Monday.

A report provided by the Police indicates that six miscreants were flushed out from their hideout in Mathare and found eight (8) rolls of bhang, four (4) knives, and one stone.

The crackdown was part of a heavy and tactical Police operation in the City to address the insurgence of Street Crimes such as robbery across Nairobi town and Daylight Mugging.

Police in a statement had earlier listed Mathare Estate and the neighboring areas of the Drive-In flyover up to KCA along Thika Road as part of Crime Hotspots in the City.

The daylight mission of the 6 suspects occurred after the Directorate of Criminal Investigation-DCI arrested a twenty-nine (29)-year-old man in Kasarani.

The man was found with over two hundred (200) Smartphones which were stolen from members of the Public.

Further, the arrests geared up a major reshuffle of the Nairobi County Police command by the Interior Cabinet Secretary Kindiki Kithure following a red light alarming the Public.

Providing a magnificent roadmap, Inspector General Japhet Koome also warned the Crime Syndicates in Nairobi and across the country against engaging in Crime.

Maintaining peace and unity at Society level, the Police Officers called upon the Kenyan nationals to cooperate in divulging information and acting as whistle-blowers.

Giving a statement, Nairobi Governor Johnson Sakaja, urged the Youth to be patient with his office as he is willing to fund their Business Ventures to caution them from engaging in Criminal undertakings.