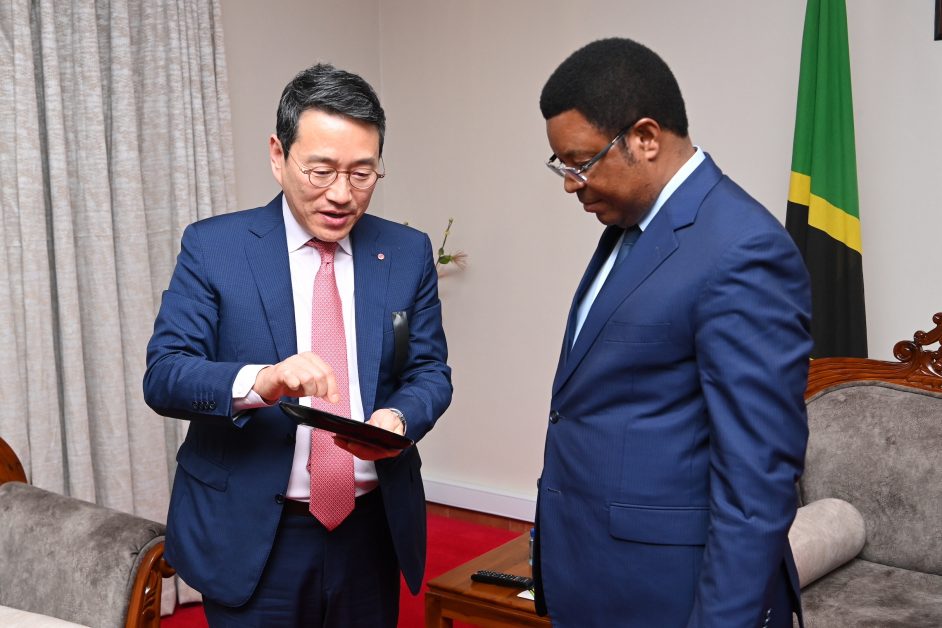 LG Electronics CEO William Cho on Tuesday, November 8, emphasized that the Company will continue to uplift its Business operations in East African countries.

LG, whose Global Sales exceeded over $63 billion in the year 2021, seeks to advance its Market shares in the region as one of the fastest-growing economic blocs in the World.

Cho said East Africa is a strategic promising market giving a strong economic fundamental underpinned by a rapidly urbanizing middle-class population, investment in infrastructure, and a youthful population, among other key sectors of the economy.

“We see great opportunities and achievements in the EA market, hence we will continue to strengthen and showcase our business relationships with the countries in the region at a highly ranked percentage,” William Cho said in a statement while on his visit to Tanzania.

While in Tanzania, where he held a meeting with Senior Government Officials led by Prime Minister Kassim Majaliwa he pledged the Company’s commitment to expanding its modern distribution and retail network to support the growth of local communities and the economy at large.

On his first visit to East Africa since his appointment in December 2021, Cho also made alarm support for Korea’s bid to host the 2030 World Expo, in Busan, the country’s second-largest City.

Korea is accelerating its bid to host the 2030 World Expo ahead of a vote session in November 2023 by the one hundred seventy (170) Member States of the Bureau Internationale de Expositions, the Global Agency overseeing the event. Other cities that have bid to host the expo are Moscow, Riyadh, Odessa, and Rome respectively.

“We are optimistic that Korea will magnificently host the important Global event, which is also an opportunity to think about and formulate solutions to the global challenges we are facing today. As a company, we are working hand in hand with the Government of the Republic of Korea in building International support for Busan’s bid,” LG CEO stated.

The Prime Minister of Tanzania Kassim Majaliwa strongly supported LG in creating job opportunities for locals through its electronic appliances and Products which are popularly circulated in Tanzania.

LG Electronics is currently expanding its technology roots in Sudan, Tanzania, Ethiopia, and Kenya, by opening new shops and refurbishing existing ones, to meet the rising electronics demand.

Wakadinali are Bigger Than Ice Spice. Check out the Stats!